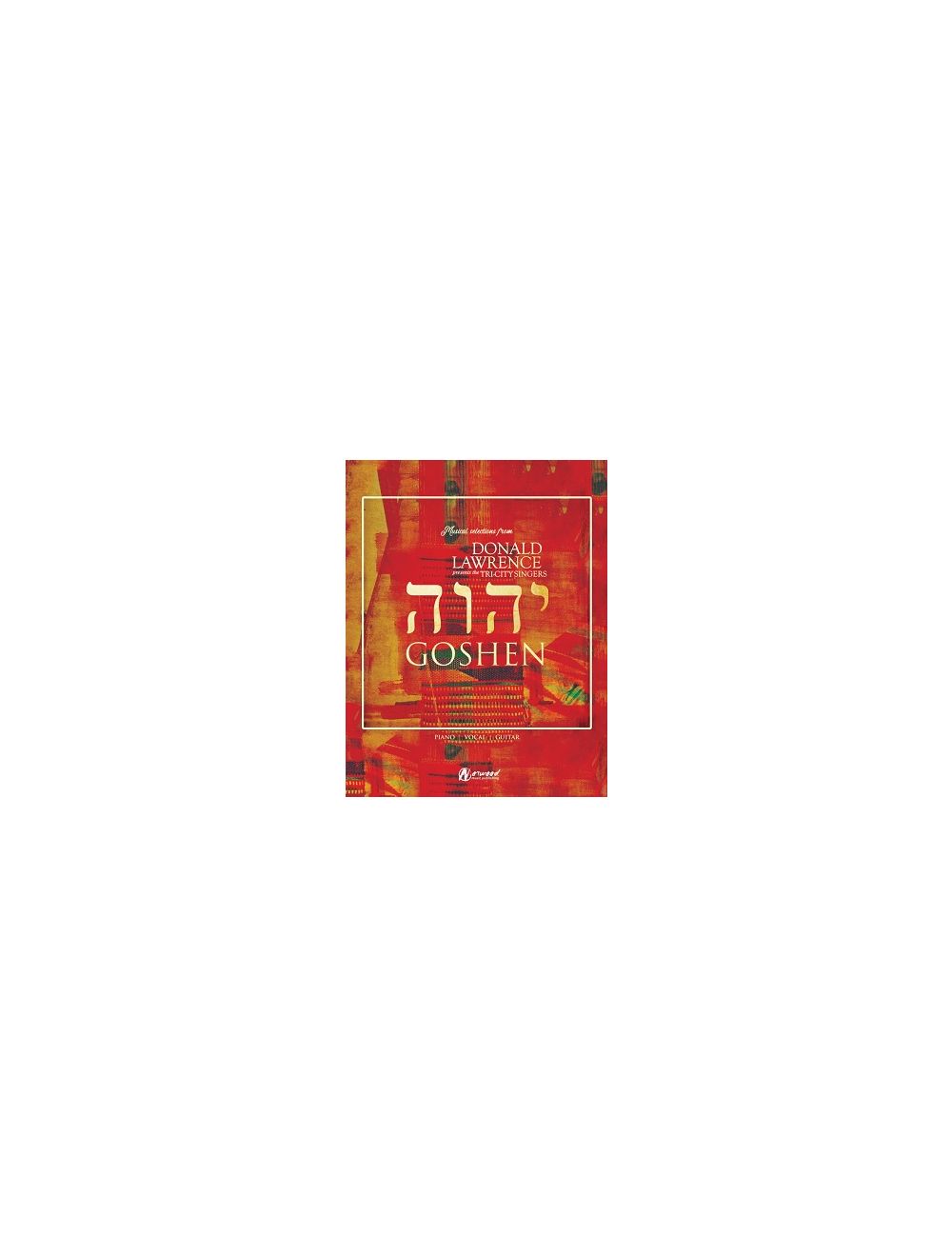 Be the first to review this product

Genesis 45:10 (NIV) (God speaking to Israel) - "You shall live in the region of Goshen and be near me - you, your children and grandchildren, your flocks and herds, and all you have." - Located in Egypt, Goshen was the place given to the Hebrews by one Pharoah, but another Pharoah arose, and felt they were becoming too powerful so he enslaved them. This land was blessed by God, it is stated God's presence resonated high there. But for Lawrence, Goshen is more than a physical location - it's a city set apart (Exodus 8:22-23). "I think of Goshen as a spiritual zip code," he says, "and those who reside there succeed against all odds. If we have a Goshen mindset, we have a position of faith that God's hand of protection is always around us." It's concept Lawrence ahs been mulling over since gospel songwriter - producer Jermaine Dabney brought him an early version of the single, "Goshen," three years ago. "I wanted to tell the story of Exodus in a unique way," Lawrence explains. "I didn't want to focus necessarily on the Israelites' departure, but the spiritual concept of Goshen. There were many years of plagues after the Exodus but Goshen was God's protected place and those living there were oblivious (to the plagues) and prospered." "The idea is that in these times of new plagues (gun violence, anger, hatred, fear), we need to pray that God's Goshen follows us wherever we go, that our families and those connected to us will still experience supernatural peace and prosperity in these troubling times. This is a position of faith." Goshen includes many of the voices behind some of the Tri-City Singers' biggest past hits, including DeWayne Woods, Sheri Jones Moffett, Arnetta Murrill-Crooms, Lejeune Thompson, as well as first time collaborations with Gospel powerhouse Jekalyn Carr, the genre-fluid Sir The Baptist, and the artistically eclectic Tank & The Bangas. The result is a sonically dynamic body of work sure to stimulate the mind, the ears, and the spirit.